I have regularly ridden around the Shropshire Hills over the last year since my girlfriends Mum moved to the area and started to run two Holiday Cottages- http://bit.ly/Yzz6yx.  It is fantastic but hard riding countryside, on and offroad from the door, with gradients regularly above 5% where ever you go. 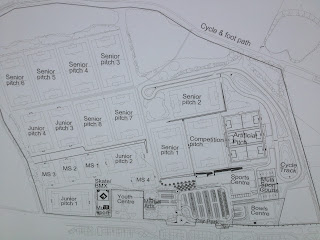 Having spotted the Mid-Shropshire Wheelers Reliability Ride on the British Cycling website during the week it was an opportunity I couldn’t miss to explore the flatter part of Shropshire to the North of Shrewsbury.

Starting at the Sundorne Leisure Centre in Shrewsbury, which runs and operates a 1km tarmacked cycle circuit. A £3 entry fee is a welcome bonus to a cycling events industry that tends to be heavily overpriced. 2 rides on offer 47miles and 59miles, with 3 groups of varying paces over each distances suited each rider of the 100+ gathered around the heaters in the Leisure Centre Reception.

Starting in the first group (very) fast group to depart for the 59 mile route was good as a slight snow shower rolled in. I soon warmed right up as the only ‘climb’ of the ride was out of Shrewsbury up a gently inclined hill but at a lightning pace I drifted back through the group of 20+ trying not to blow up straight away. I managed to stay in touch a worked hard for the next 40miles, occasionally taking a turn at the front keeping the average speed above 20mph. http://bit.ly/13Q2vUO

One fatally timed turn at the front right into a brisk head wind just before a very short but steepish rise up a stream valley side dropped me out the back of a much depleted leading group. Luckily I wasn’t the only one and managed the last 20 miles in a smaller group of 5 still pushing around 20mph average. All the other groups arrived back on schedule averaging 17mph and 15mph over the two flat courses. 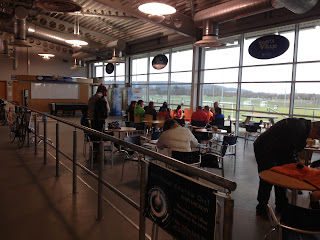 Warming the fingers back up

As entry was only £3 which covered the BC insurance I wasn’t expecting any refreshment stops mid-ride or at the finish. But a willing group of volunteers were located at major turning points to guide us in the right direction and by starting and finishing at a Leisure Centre there was a decent café serving tea and cake to warm the finger tips up before heading home.

As always the cycling fraternity was very welcoming and I thoroughly enjoyed riding new roads and meeting more like minded cyclists. When I am in the area again I hope to go along to Mid Shropshire Wheelers Club ride to explore some more. It was interesting discussing how the circuit at the Leisure Centre built around 6 years ago had impacted the club. As expected a membership of around 70ish had now hit well over 200. With the vast majority of those being children and parents. Unlike the circuit being built in Odd Down the Shrewsbury track is floodlit which enables 2 evening club sessions a week to take place all year round. A new local race team has started up, and by the ease and speed of the (very) fast group I was riding with is no doubt going to be successful this year. The lock up cabin of club bikes, wheels, tools etc coupled with the Junior sections club mini-bus is evidence of the success the circuit has brought the area. 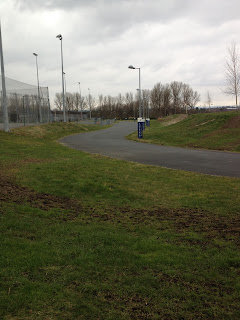